Registrations for 2022 are now open! Click here to join.

The cost to play is $20 which covers the entire 5 weeks of each competition (works out to $4 per week). You may enter as many times as you like, play one version safe and one risky if you so choose.

Prizes will be announced once we have final numbers but looking at 1st,2nd, 3rd and weekly top scorer prizes as well as a prize for 2nd last place, so you are always in the hunt. REMEMBER the entry fee covers the entire 5 week game, there is no more to pay.

Selections are to be placed are as follows. (Examples below.) 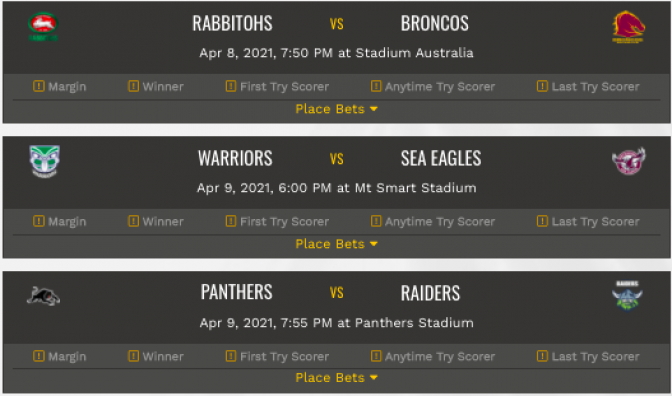 That will open this window where you will be placing your selections. 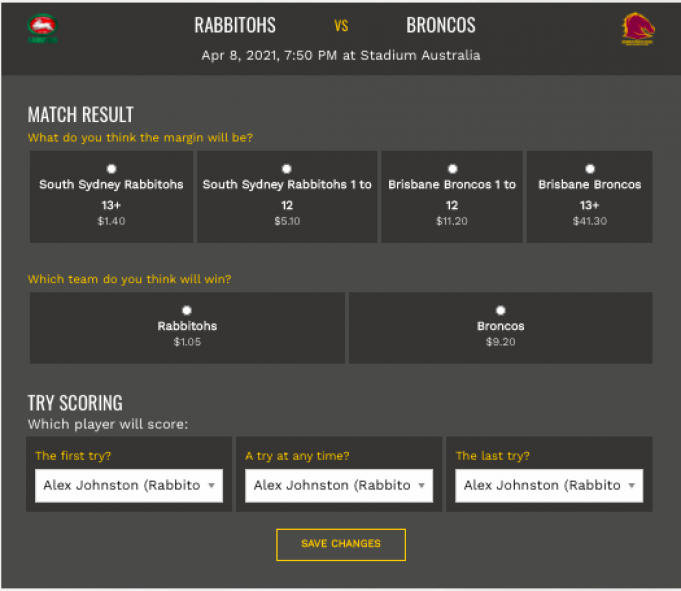 Once selections are placed, they will appear under each game as follows. Selections can be changed at any point up until kick off, at which point they will be locked.

Once lockout occurs you will be able to view everyone else’s selections in this table under Results and Rankings tab.

At the conclusion of the game the results will be able to be viewed under each game as follows.

At which point the overall leaderboard will be updated and you will be able to see how you compared with all the other tipsters.

Totals are tallied across the 8 games of the round, with the person with the highest total after game 8 taking out the weekly prize.

In the unlikely event of a tie, the prizes will be split equally between the two players.